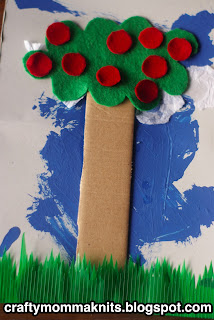 Since we're in Japan we miss out on the typical Autumn things: leaves turning colors and crunching beneath our feet, cool winds gradually welcoming winter, and apple picking. As a child I loved fall festivals and picking apples and pumpkins.
I decided J and I could still do some apple picking...just with a twist. Since I was already beginning to teach him the letter A; this activity would be multifunctional.

First, I cut the back of a cereal box off and turned it over for J's canvas. I gave him blue paint and a paintbrush to paint the sky. This would have worked better if I had a larger brush because he got bored of trying to cover the whole thing. 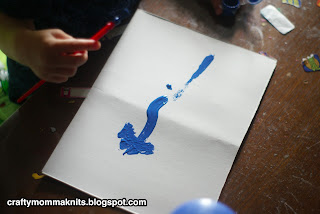 Next, I helped him dab glue on the bottom of the sheet to place the grass down. I found this plastic grass easily because it is sold to be used as decoration with sushi. You can easily use green construction  paper instead. *I had to look past the fact that there was so much unpainted ;)  * 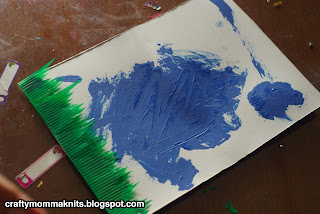 Next, I gave him some tore up, white tissue paper and helped him glue it in the sky. I realized later that de-fluffed cotton balls would have been cuter. 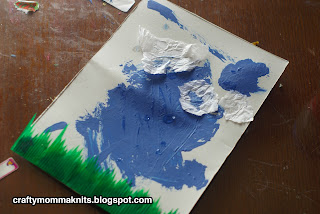 I added a cardboard strip and green felt for the leaves. He helped me press them down. 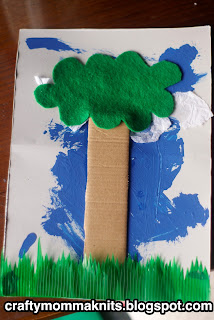 I used a penny to trace circles onto red felt and cut them out. Now we can do some apple picking of our own! If he was a little older I'd add a die to practice numbers. Roll the die and pick the same amount of apples off the tree. 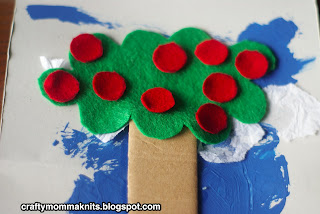 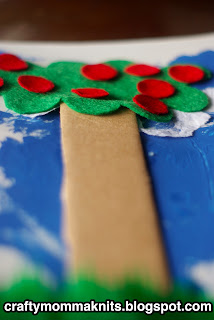 It's *almost* like I'm laying on the ground staring up at the apples.

We don't have apple orchards here but we DO have mikan orchards (mikans are like mandarin oranges). Maybe we can make that a tradition :)

What do you enjoy about fall? 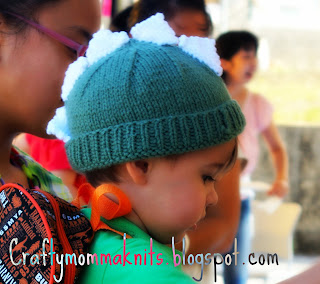 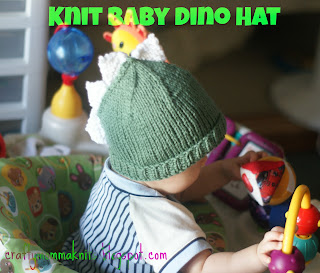